A few years ago while conversing with Joe S., a good client I met at work, the topic of vacation locations came up. I had mentioned we’ve been to Puerto Rico a few times and immediately Joe brought up visiting this area in the Central Valley of Costa Rica called Atenas. He said he had been there many times and it was simply one of the most beautiful places on earth. WOW! High praise for sure. Joe relayed some basic info, suggested a place to stay and recommended we contact Andrew Partain in Atenas to get everything set up. Little did I know at the time how much that 5 minute conversation would shape things to come.

I’m a rather inquisitive person by my nature. So, I browsed the internet several evenings, gathering all the info I could about Atenas and looking at vacation rentals on all the normal websites. Of course, with the claim of the “worlds best climate” expectations were pretty high. Liking everything I read about and seeing the gorgeous mountain and 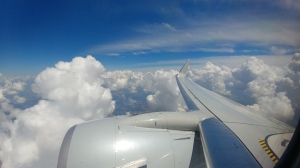 valley views, I decided to contact Andrew.  I dropped Joe’s name and after a brief conversation, Andrew set us up with a Bali style home to stay at. We flew into San Jose a few months later, rented a car and were in Atenas less than an hour later. We met up with Andrew, he covered some basics about the town and led us to our lodging. Kara and I had a little less than a week available in Costa Rica and most of it we planned on simply relaxing.

Joe was right, we fell in love with Atenas and Costa Rica rather quickly. We spent a lot of time in and 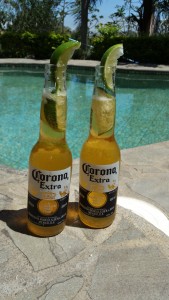 around the pool, explored Atenas a bit, took a day trip to Manuel Antonio National Park, enjoyed some excellent meals around Atenas and found out how friendly the area is. Our Spanish was lacking yet we felt very welcomed. While sitting around the pool, Kara and I started talking about retirement locations. We both love our home in Minnesota but we surely enjoy the tropics. We knew we wouldn’t move out of Minnesota if our kids and eventually grandchildren remained in the area. We love when they are home. Maybe a vacation home would a good idea? It wasn’t a really serious thought right then and there, but it set a number of things in motion. Laying around the pool, we browsed a few real estate web sites and saw a number of interesting homes. Kara and I talked a bit more and decided it wouldn’t hurt to look at a few places. We didn’t have any plans other than bumming around the house for the next few days anyhow. So, we gave Andrew a call and asked if he’d show us a few places which he graciously did.

We found a place we liked that year and thought might be in our budget. So, we had to figure out if Atenas was the place for us. Would it be the most ideal place for a vacation home? How would we know? Could we find a better place somewhere else in the world? If so, how many years would it take to find a better place? We usually only go on one trip a year, that might take a long time. We flew home a day later with thoughts brewing. We had to pass on the house in Atenas that year to focus on some things back in Minnesota. But after more research and discussion, we had made up our mind. We loved Atenas and were quite sure we’d be back.